From the 1949 Stampede parade, Hardy Anderson is towing the Piper Airplane he purchased.  Notice the advertising "the new Piper, $1999.  Times have changed.  The First State Bank building is pictured as the third home of the bank from 1935 to 1963: 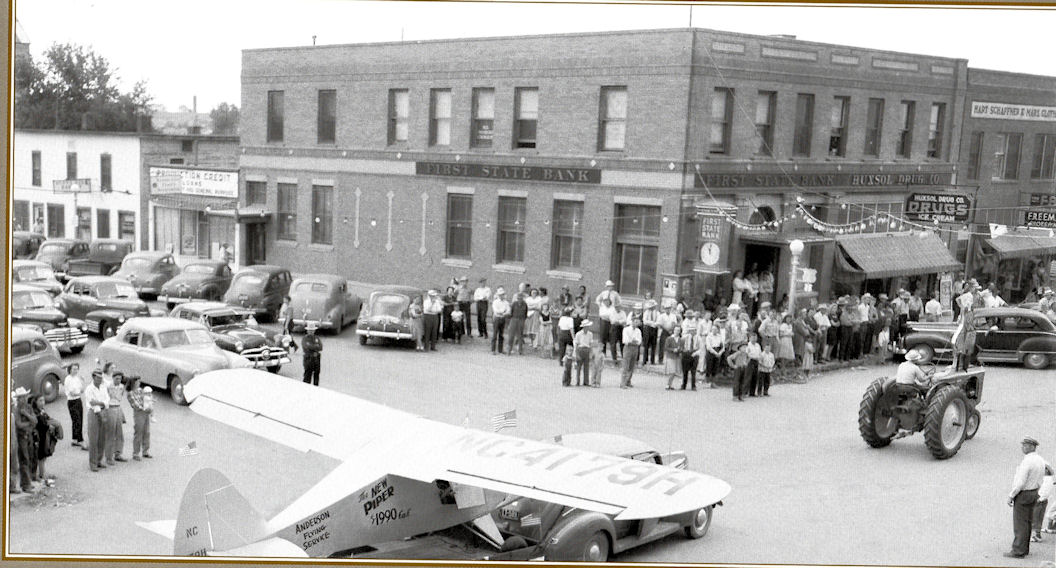 During the 1953 Stampede weekend, Red Casey and Ralph Eggebrecht, owners of the Stockman Bar, stood next to the Budweiser Clydesdale team in front of the Handy Shop and the Stockman Bar.  The Handy Shop was the First State Banks' original site from 1913 to 1917.  This was the year the Korean War ended. 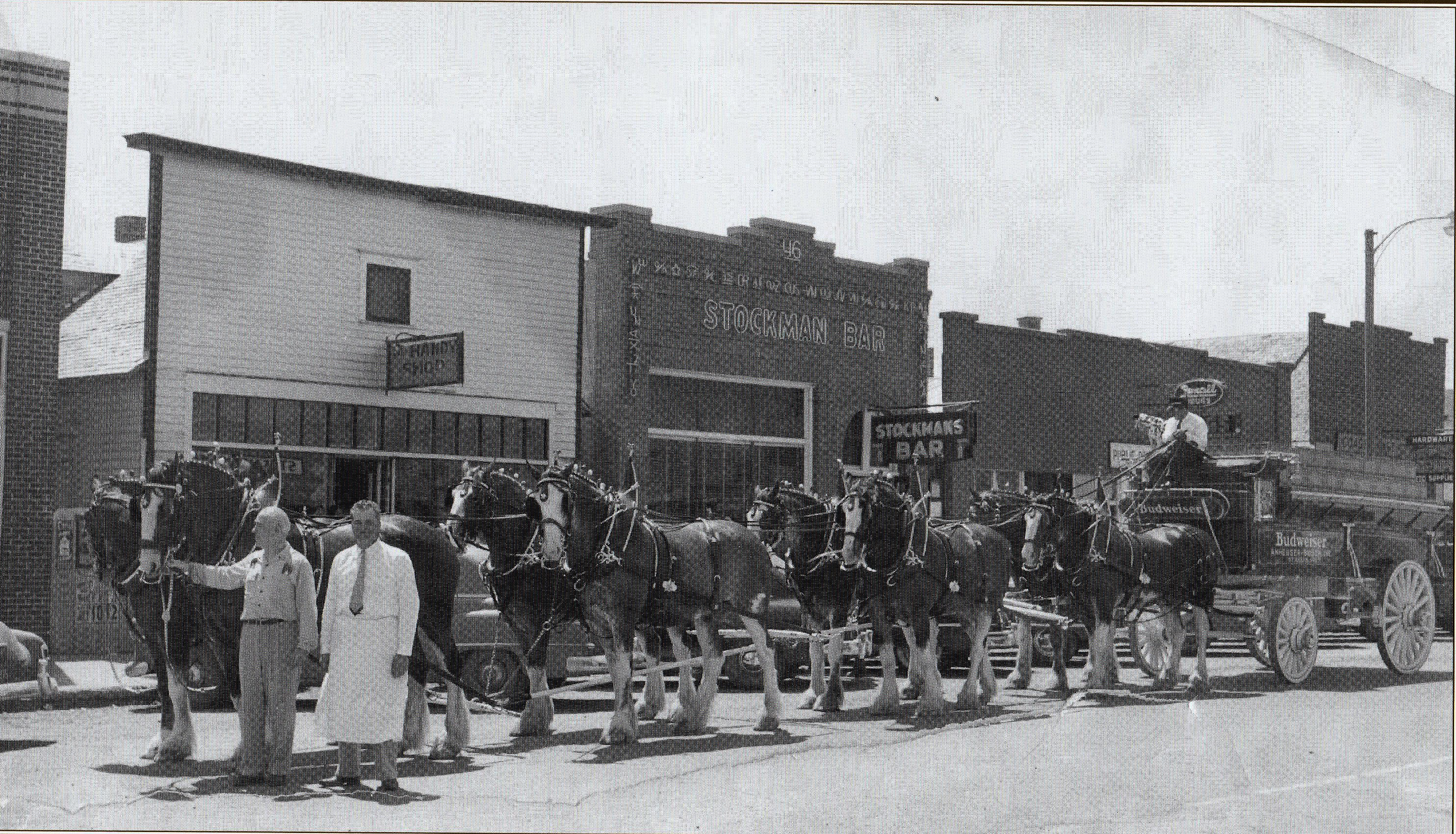 Montie Montana (from Wolf Point) was a famous trick rider in many Stampedes: 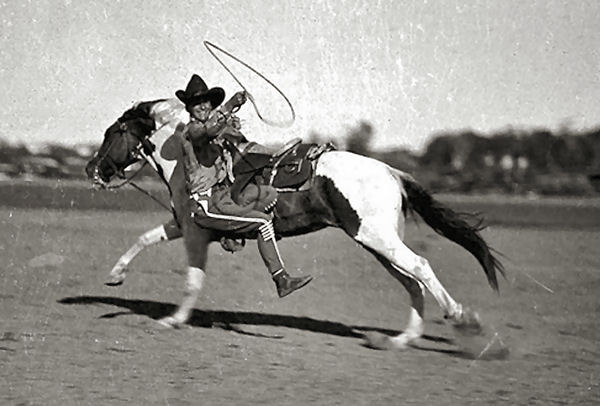 An invitation to Montie's 50th year in show business from Governor Tom Judge: In 1975, Montie was saluted at the Wolf Point Wild Horse Stampede: 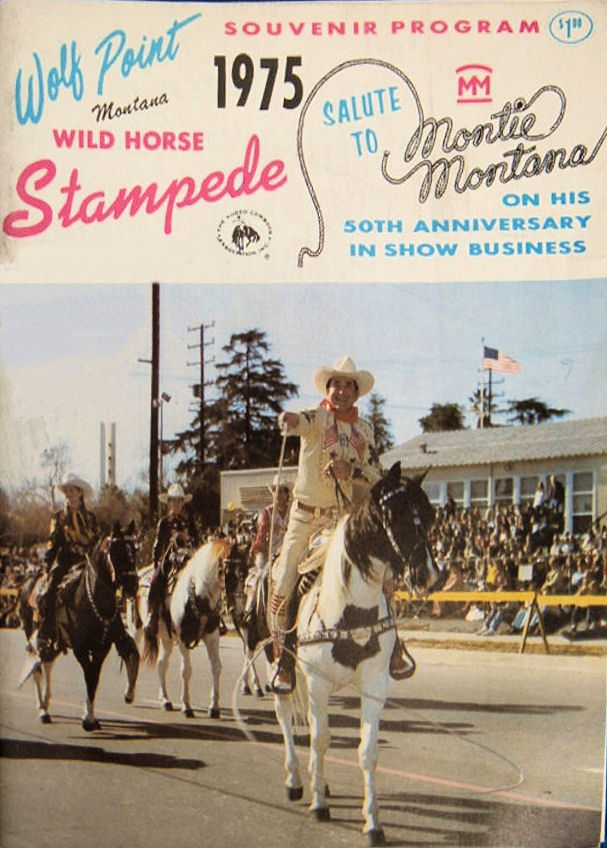 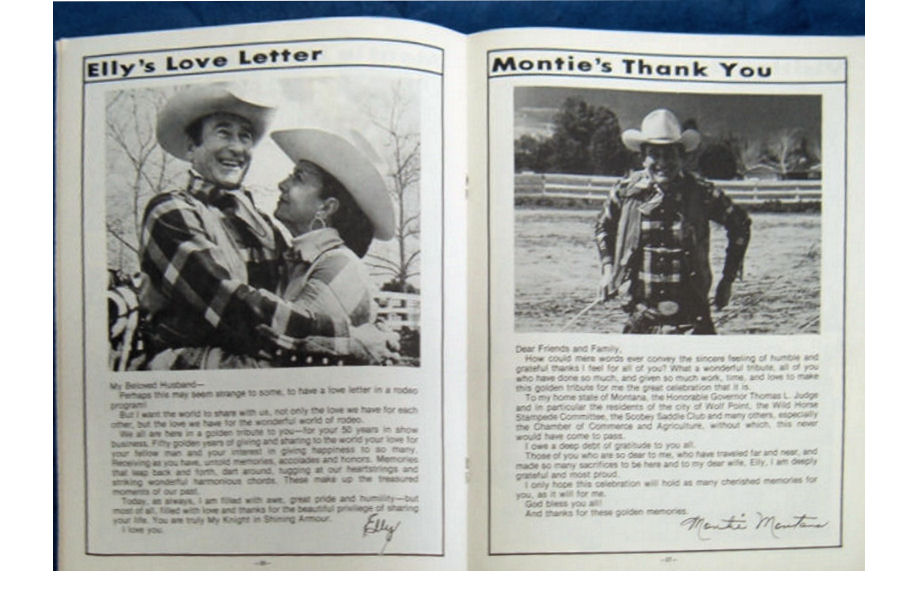 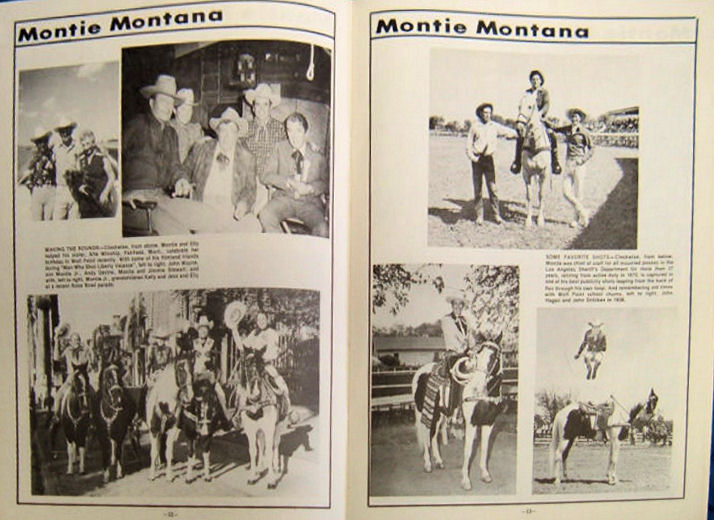 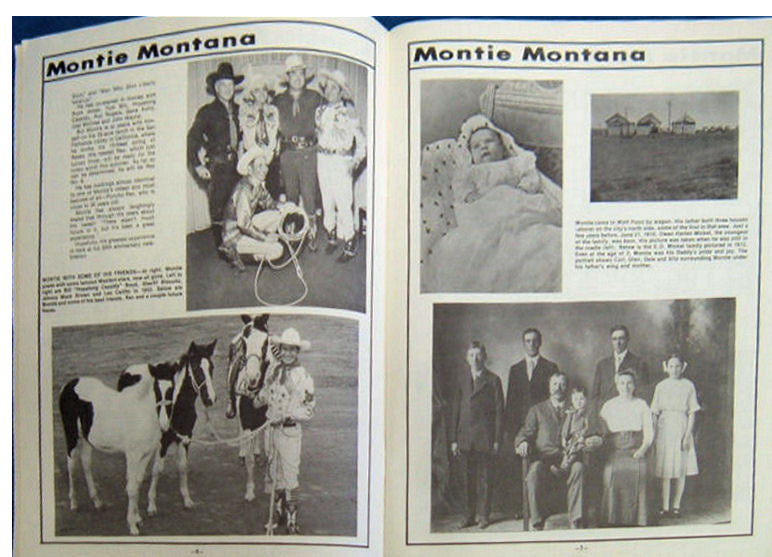 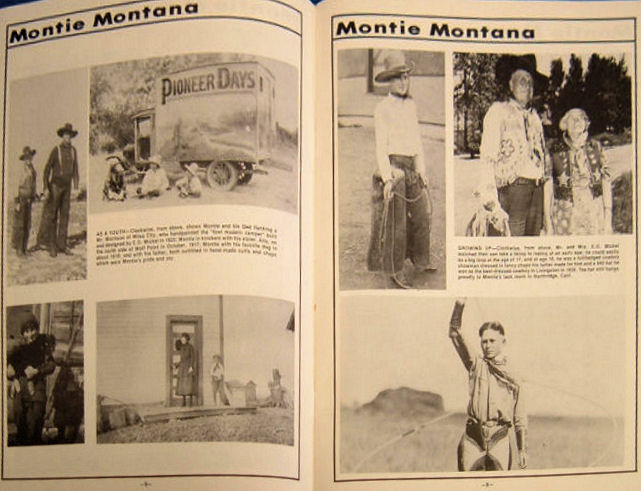 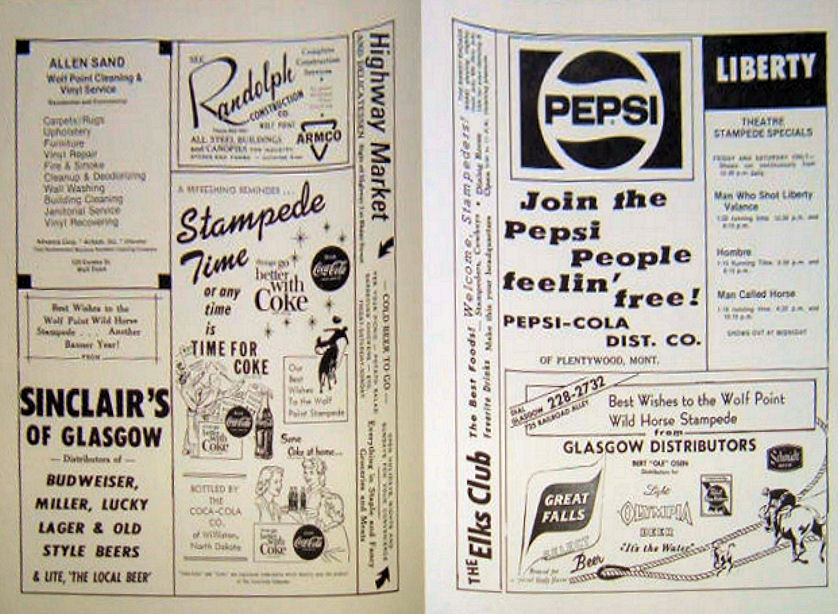 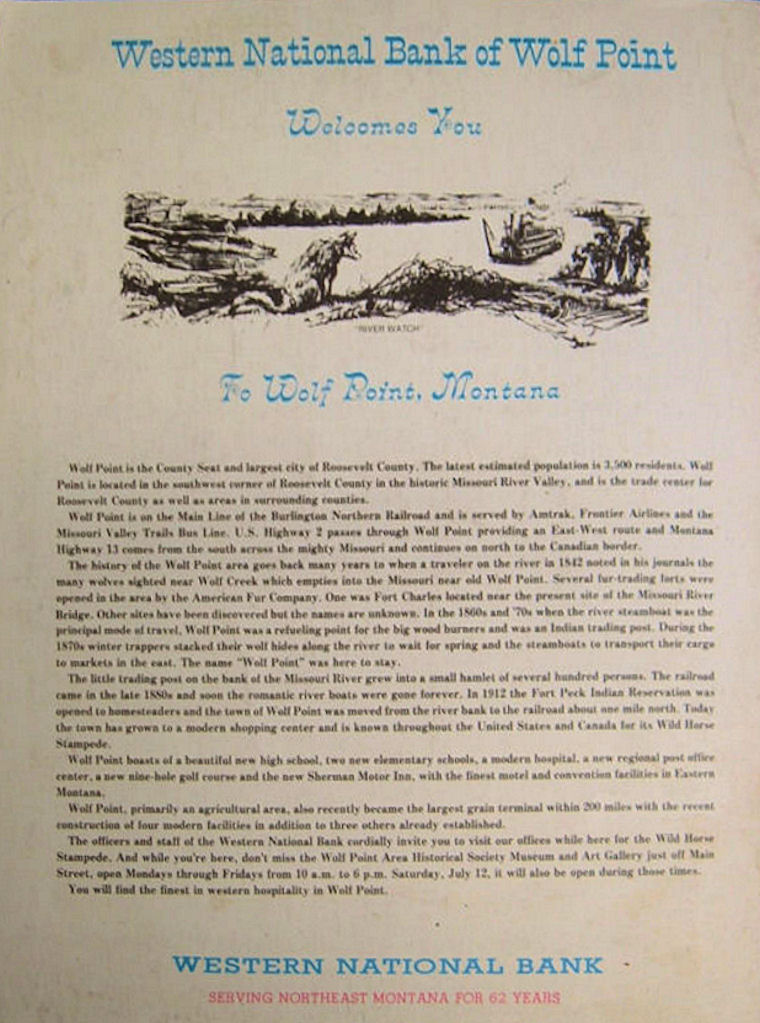 Main Street during a stampede parade, taken in July of 1941: 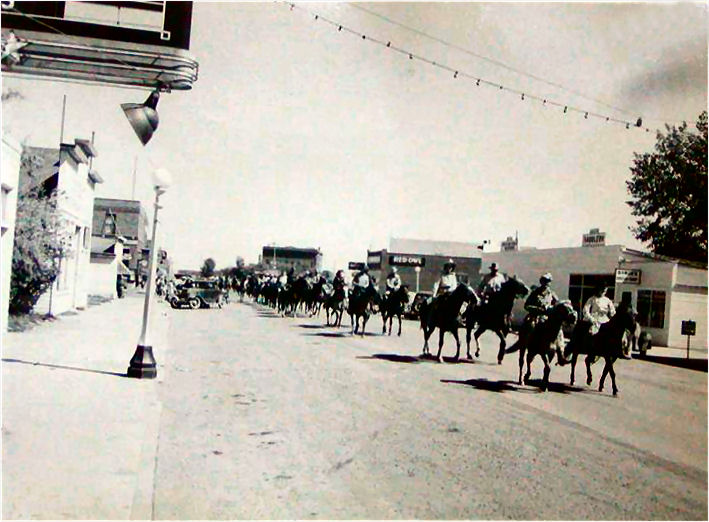 In 1950, I rode in the Stampede parade.  My grandpa Buddy (Rueben Smith) is holding me: 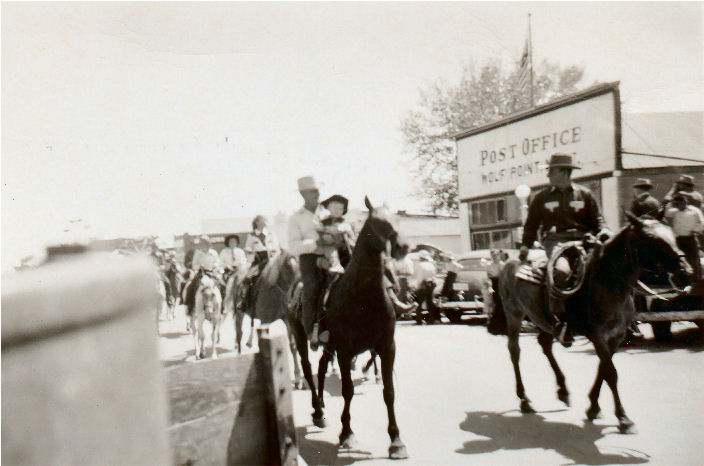 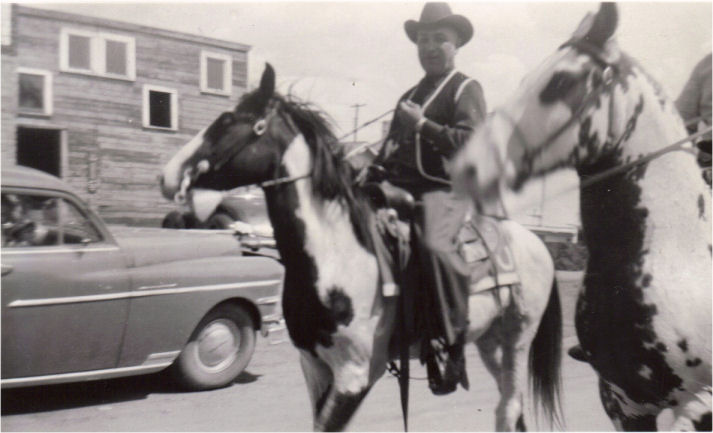 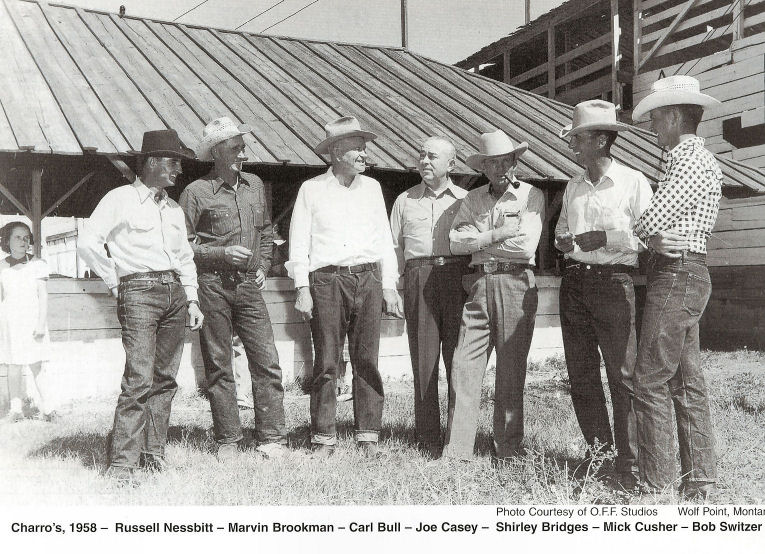 Silver dollars (real ones) had stickers on some of them promoting the 1949 event: 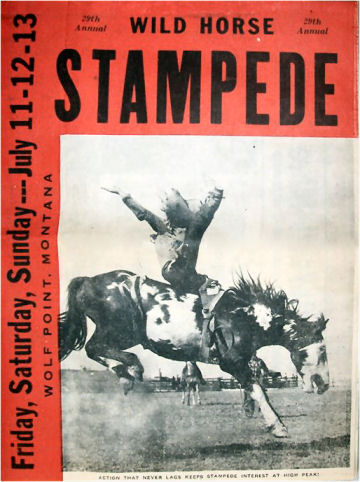 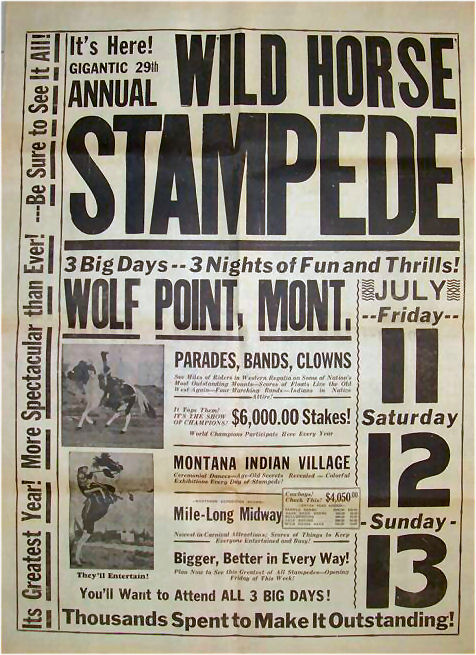 Coors Beer circulated this poster for the 1981 Stampede (shot nowhere near Wolf Point): 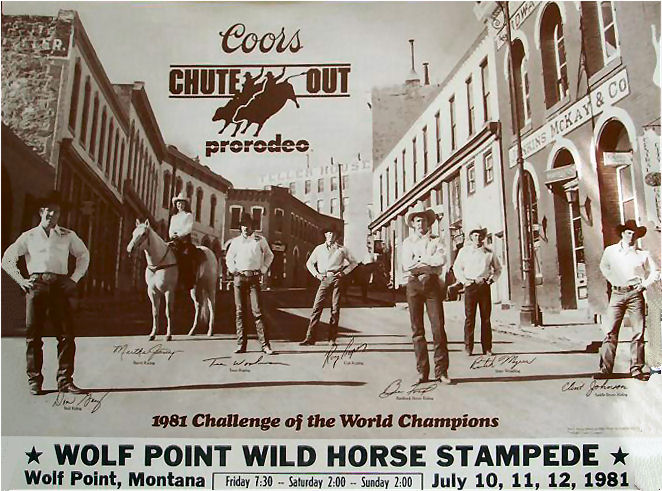 A couple of postcards from the Stampede: 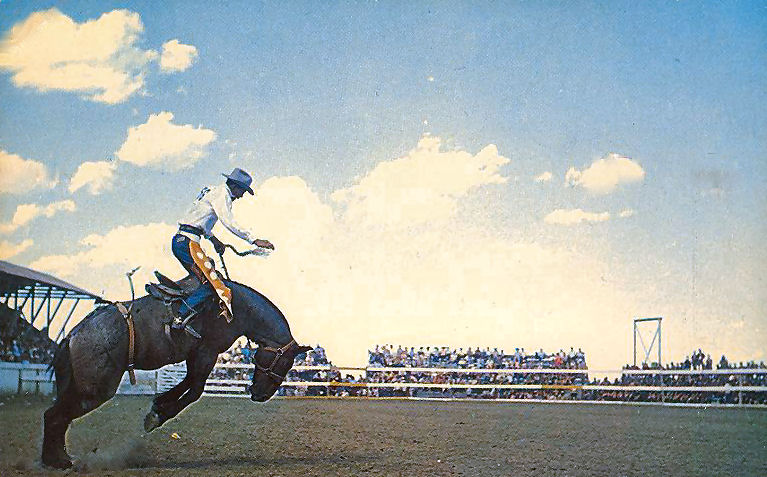 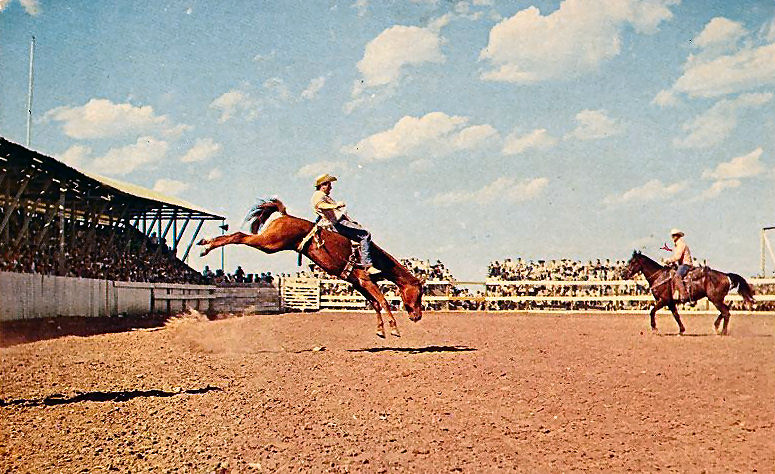 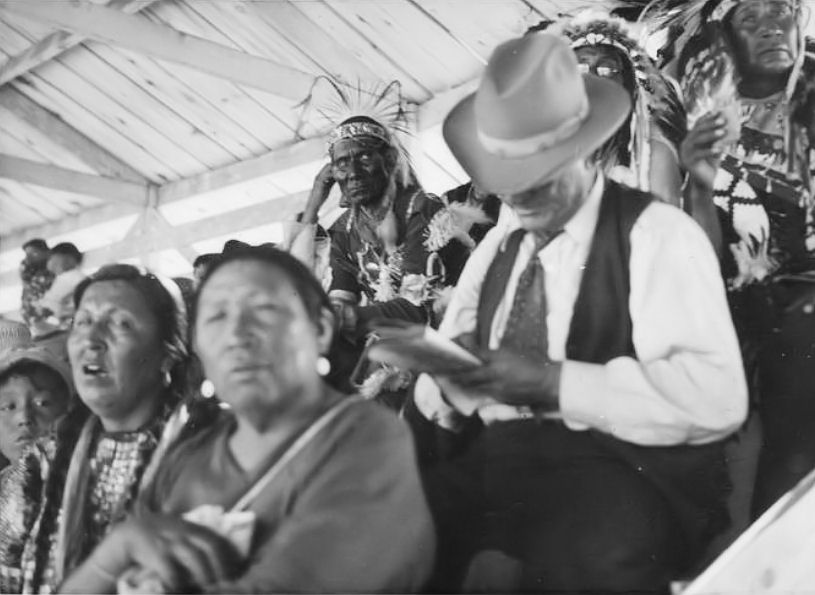 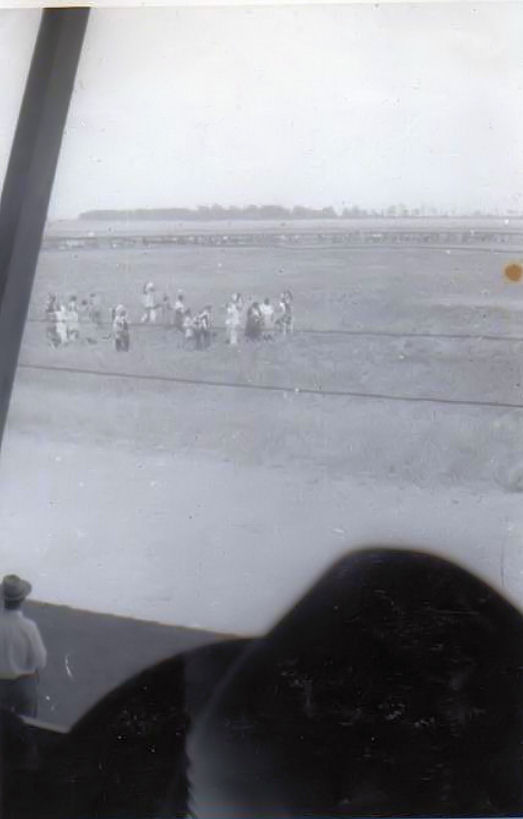 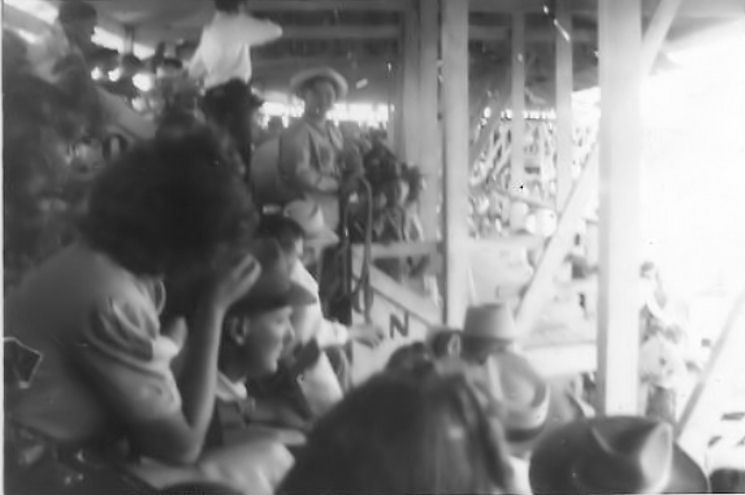 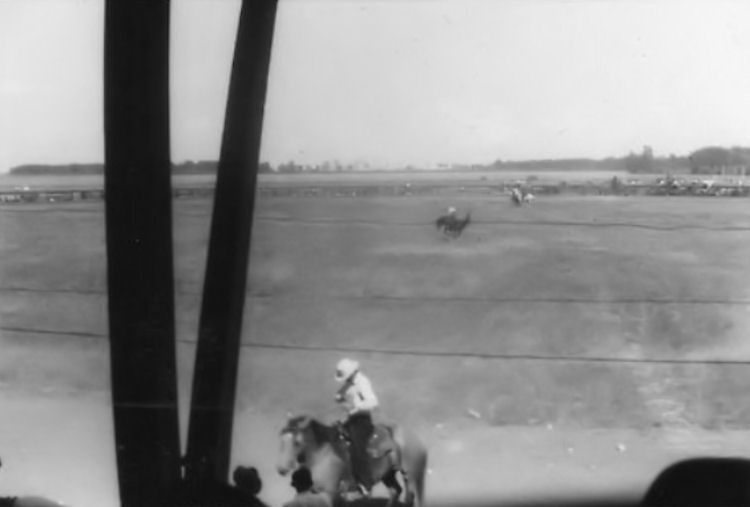 The following pictures were taken by Chick Ferguson, a photographer that was in Wolf Point for a long time. These are photos of a Charro out at the stampede grounds, circa 1947: