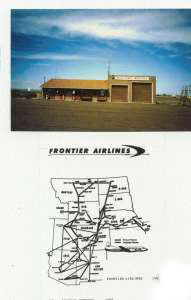 Another route map for Frontier Airlines in about the same era: 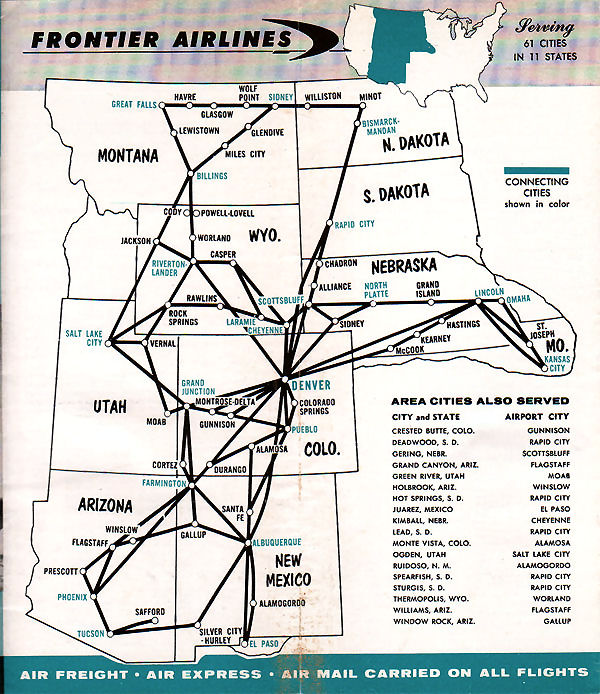 The train depot at Wolf Point: 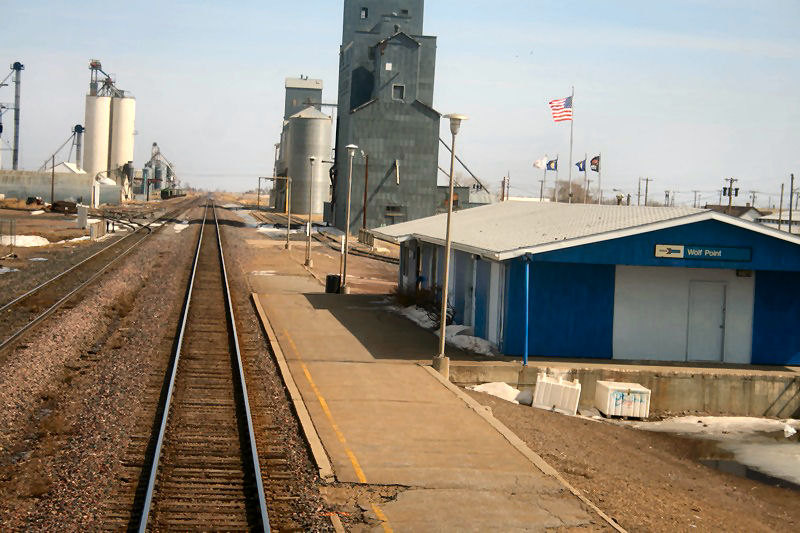 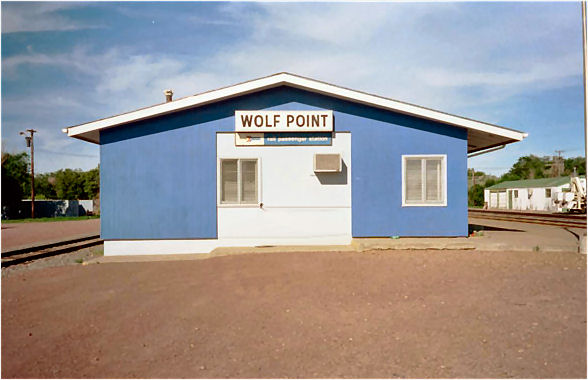 An old photo of the depot: An early photo of the train yards:

Blowups of that photo:

A postcard mailed in 1917 that showed the wreck of a train in Wolf Point.  The postcard is written by H. T. Smith who was a missionary in Wolf Point for 34 years, and whose photos are on the "Early Wolf Point Photos" page: 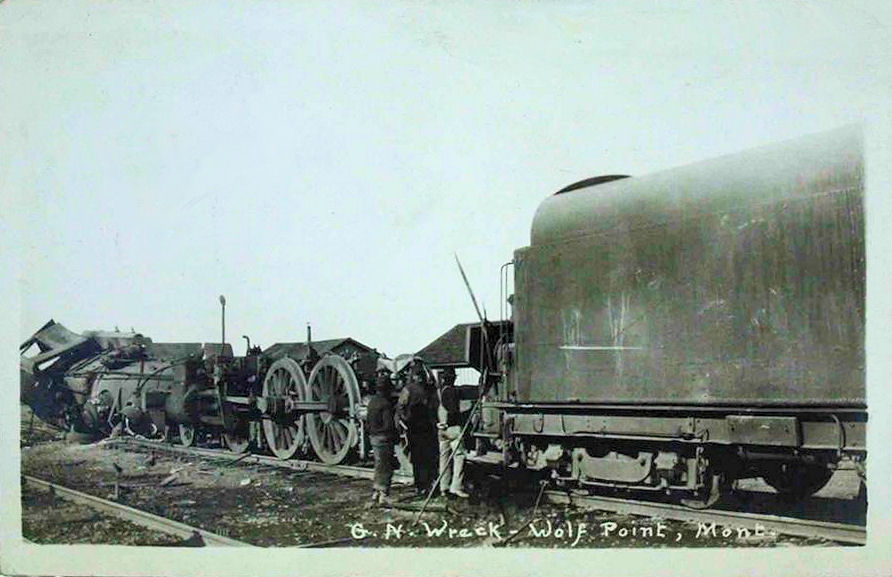 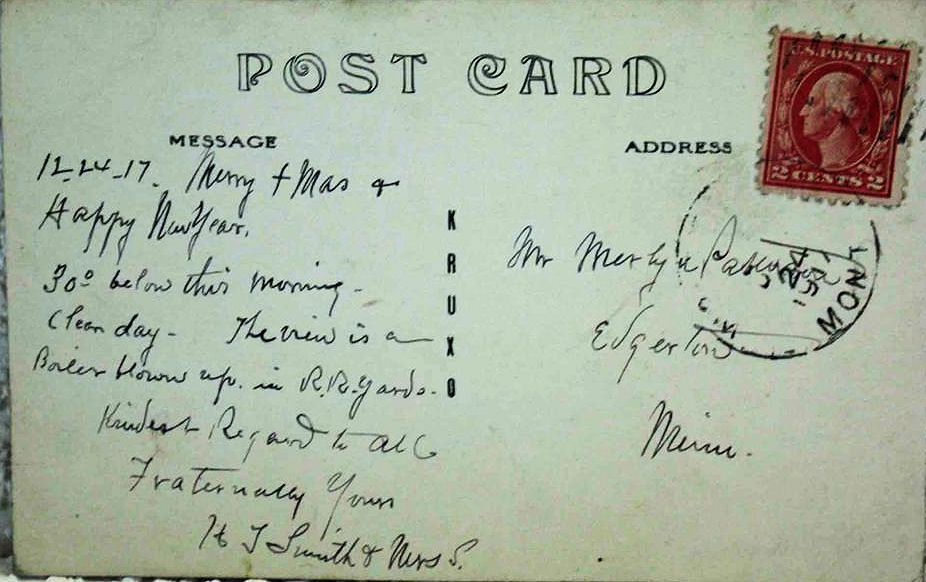 One of the GN Trains arriving in Wolf Point: 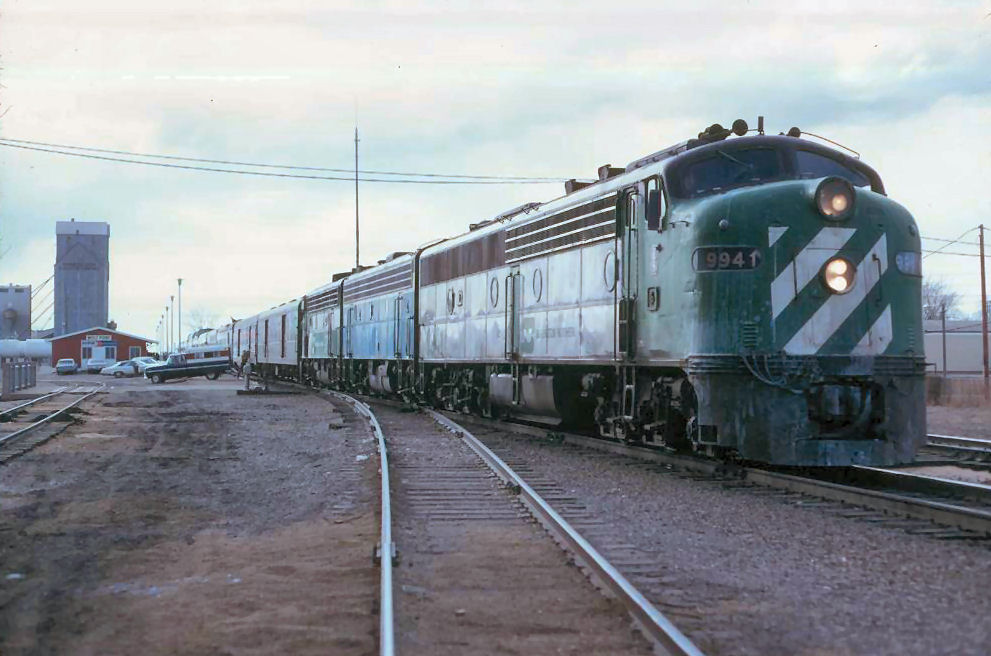 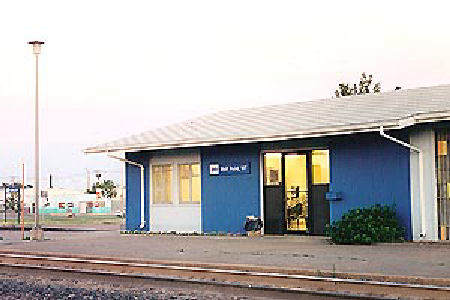 The Train Depot and the Empire Builder - October 1972: 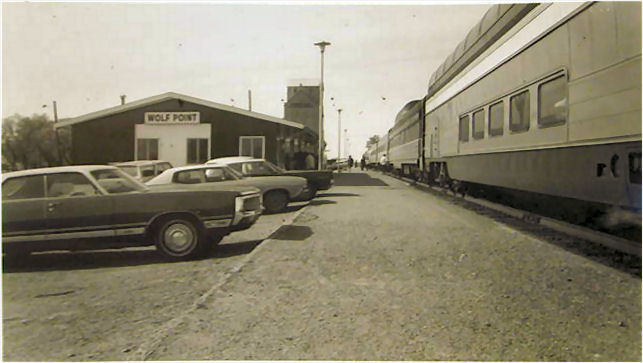 The Empire Builder and the Western Star trains stopped in Wolf Point on a daily basis: 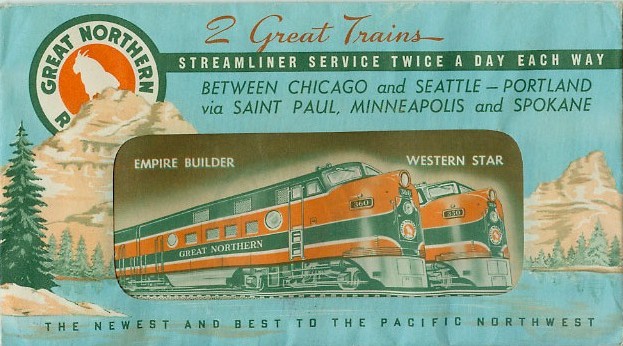 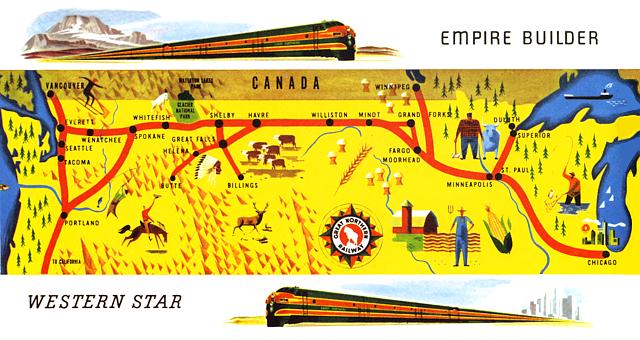 A timetable from the Great Northern Railway in the '60s: 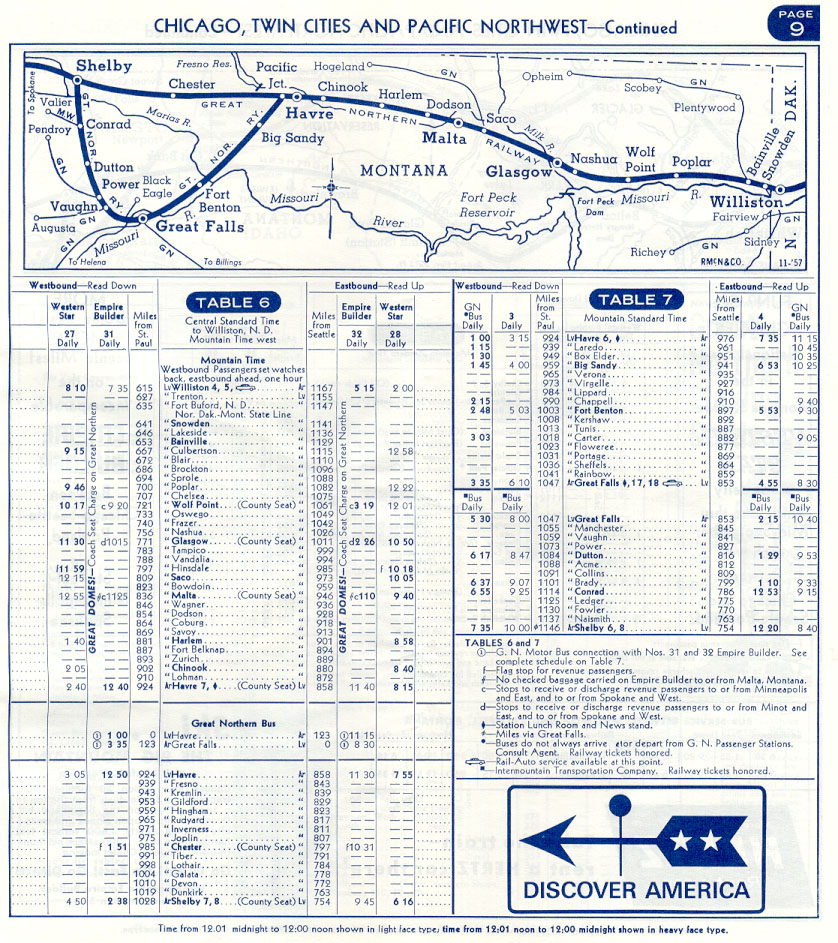 Aboard the trains, dining was fun!  You could dine in the elegant dining car, or the "Ranch" car.  Here are 2 photos of inside the Great Northern ranch car - the second one in color.  Look closely - the lady dining in the foreground seems to be the only difference: 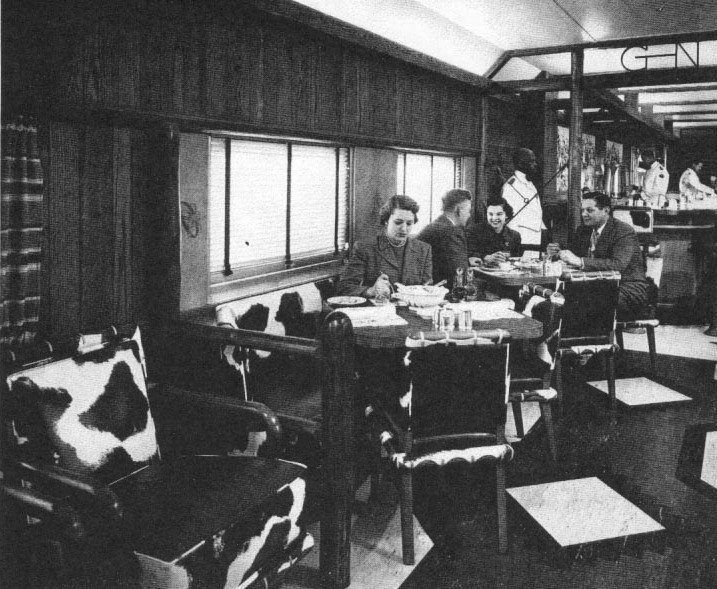 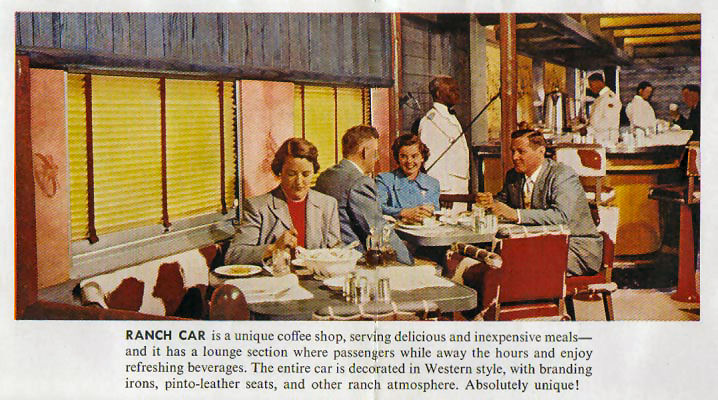 Of course, if you wanted elegant dining, you ate in the Dining Car: 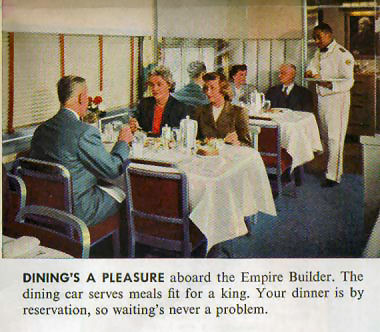 In 1928, my Great-Grandfather, Ben Anderson (on the left) with Pilot
Jim Cook first flew the "Air Mail" out of Wolf Point: 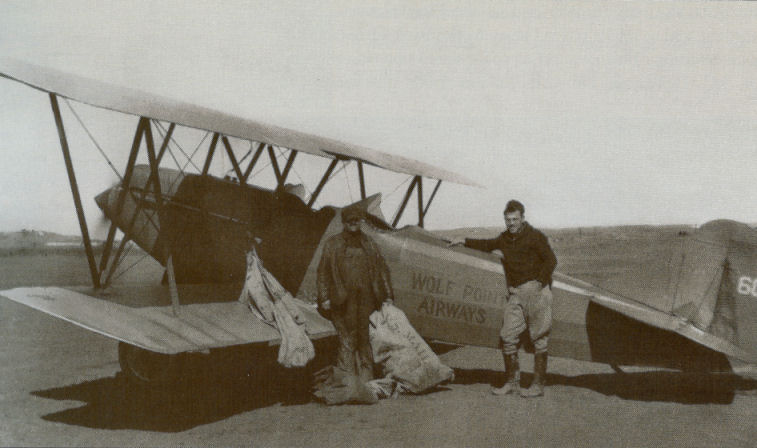